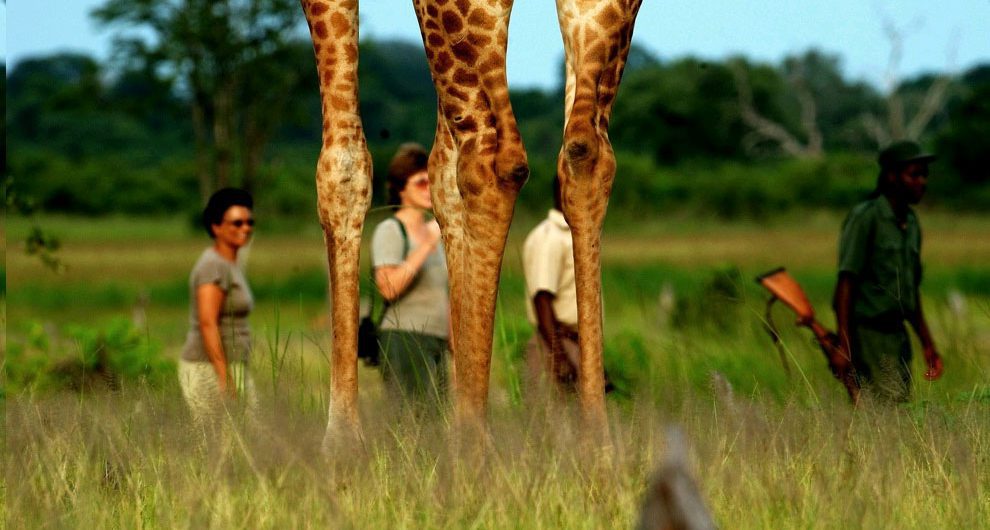 Even the jungles have a hierarchy.

Be it a pecking order, organizational chart or totem pole, animals have a distinct sixth sense on who the Boss is. Take antelopes for instance. Young bachelors battle each other to command the harem. The strongest male with the sexiest antlers always wins. The same goes for tigers or leopards and even the largest land mammal- the elephant. This sense of hierarchy keeps the eco-syetem in check and balanced. Losers have other opportunities and if politically smart may get a chance to start their own herds. It is good to be king (or queen).

Of course, as humans we tend to over-simplify. The strongest carnivore (lion, tiger) has been labeled the king of the jungle and the small, tiny herbivore is the poor subject. What must not be forgotten is that all animal species have a distinct role in the animal kingdom. To get to the grass, the wildebeest relies on the elephant to trample down and feed on the long, thick mass or grass and brambles and cut it down to a reasonable size. Then the wildebeest can graze on the shorter stalks without much difficulty. Then come the antelope whose small mouth and teeth can finally chomp on the short-short glass and reach the succulent nutrients. Finally are the warthogs (only a face a mother could love) who dig deep for the roots. Without this succession and inter-dependency, the predators (tigers, leopards, cheetahs) will not have access to well-fed herbivores. Let’s not forget the lowly dung-beetle who moves animal waste over hundreds of feet to fertilize the landscape so the grass and trees can get nourished. And so this completes the cycle.
Tragically, humans are the only species who remain disconnected from this cycle. By design we tend to produce, grow, incubate, cultivate and consume things primarily for and with our fellow two-legged tribe members leaving the rest of the inhabitants of the eco-system to fend for themselves. Our org chart is not inter-dependent but rather introverted and looks only to one sub-species- the human being. We tend to imbalance things by the sheer force of our population and high level of intelligence. I am not sure if there is a solution other than the fact that we- as humans have to somehow live in harmony with other species to maintain some synchronicity. Even Mowgli, the ‘man-child’ in Rudyard Kipling’s The Jungle Book, eventually returned to the village despite his best efforts to live in harmony with a bear, a black panther, a pack of wolves and a herd of elephants. But what he gained was a better understanding of how the eco-system has to remain harmonious no matter how strong, weak, poor, rich, helpless or intelligent we are in relation to one another eco-system.

For those who have gone on safari with us to Africa or tiger tracking in India probably saw the inter-dependency between the animals first hand. It probably put things in perspective and validated the fact that we need to step back for a moment and recalibrate the eco-system. With the huge rise in poaching activities, deforestation and contamination of the ecology it is not surprising that conservations and tour companies like us are pushing back to allow for the animal kingdom to thrive once again.

Let’s learn from animals- they have is a sixth sense of hierarchy and a sense of responsibility and roles.