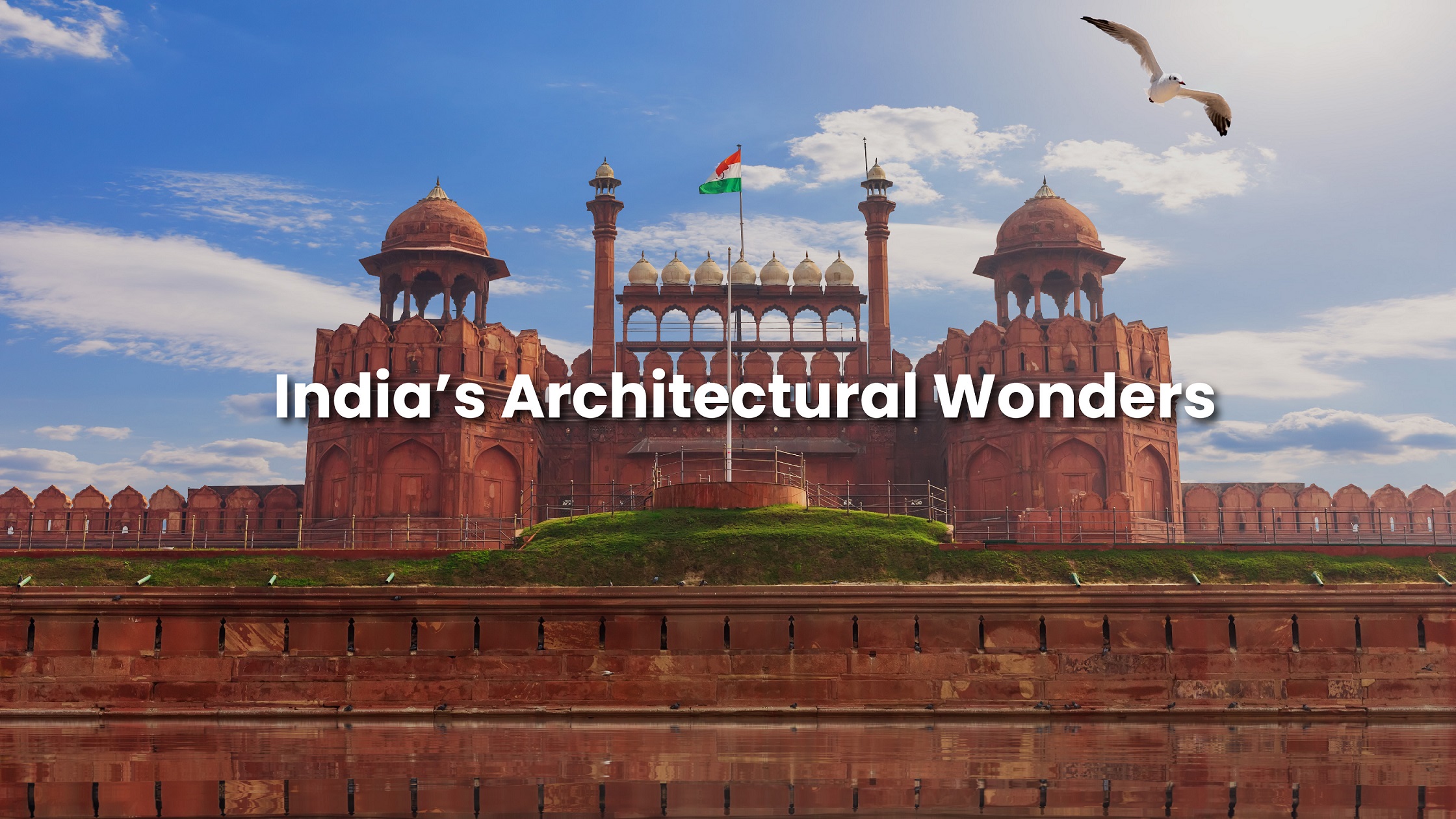 Centuries of dwellings and monuments have taught us about past civilizations and how people lived, worshipped, and celebrated births, deaths, milestones, conquests and rule. We see architectural splendors all around the world and as travelers we want to visit them. This month, we want to focus on ancient Indian architecture that, for over a millennia has been an open history book where one can see what dynasties and kingdoms of the past left. India has many recognizable architectural monuments such as the famous Taj Mahal in Agra or the Red Fort in Delhi (see image above) but we decided to go slightly off the beaten path and recognize some of the architectural icons that are less frequented but have played an enormous role in the urban fabric.

Hardly known to anyone, it is located in India’s western state of Gujarat. The Mahabat Maqbara is actually a mausoleum known for the amalgamation of Indo-Islamic styles (mainly Gujarat Sultanate and Mughal) with considerable European (Gothic, Moorish) influence as seen by the spiral stairs. It was commissioned by the then Nawab (ruler) Mahabat Khan II as a family burial plot. One can easily visit this monument which is an authentic spectacle of Indian culture and tradition on our Gujarat tour. 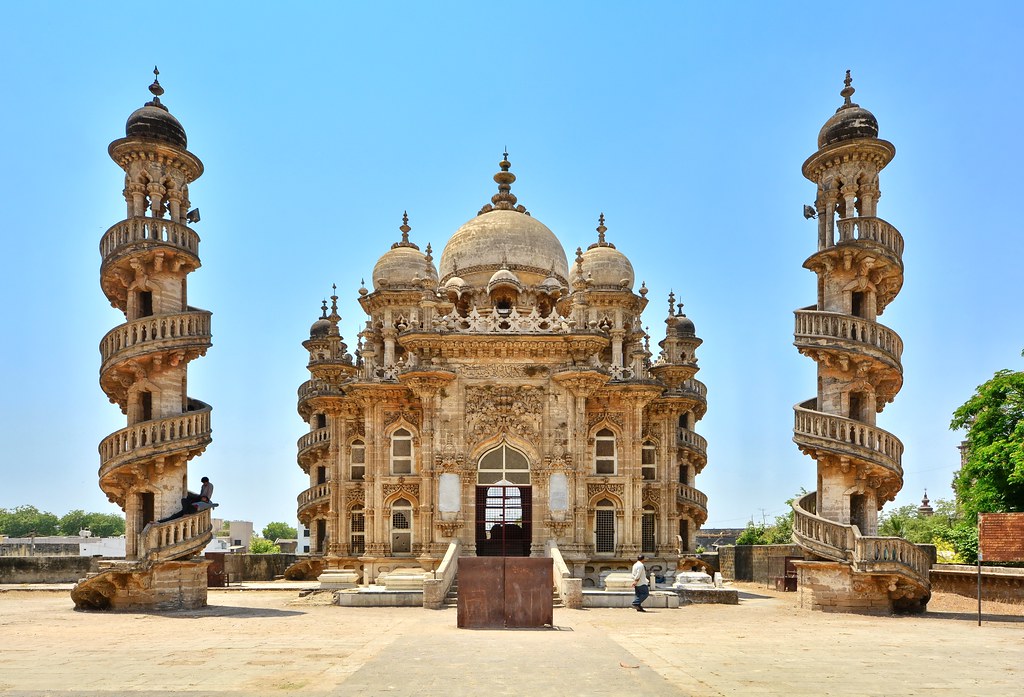 Appearing first in France after World War 1, Art Deco combined modern styles with fine craftsmanship and rich materials. During its heyday, it represented luxury, glamour, exuberance, and faith in social and technological progress. Renowned architect Frank Lloyd was influenced by this style. In India, the Indian Institute of Architects played a huge role in introducing this in Mumbai’s (then Bombay) urban fabric.

With the rapid growth of the city, there was a need to put up offices and homes quickly. One can experience an entire Art Deco tour and see some of the prominent architectural monuments such as Churchgate and Bandra and do a complete walking tour. Mumbai, which is one of the popular destinations in India, is believed to have the second most number of art Deco buildings in the world after Miami. 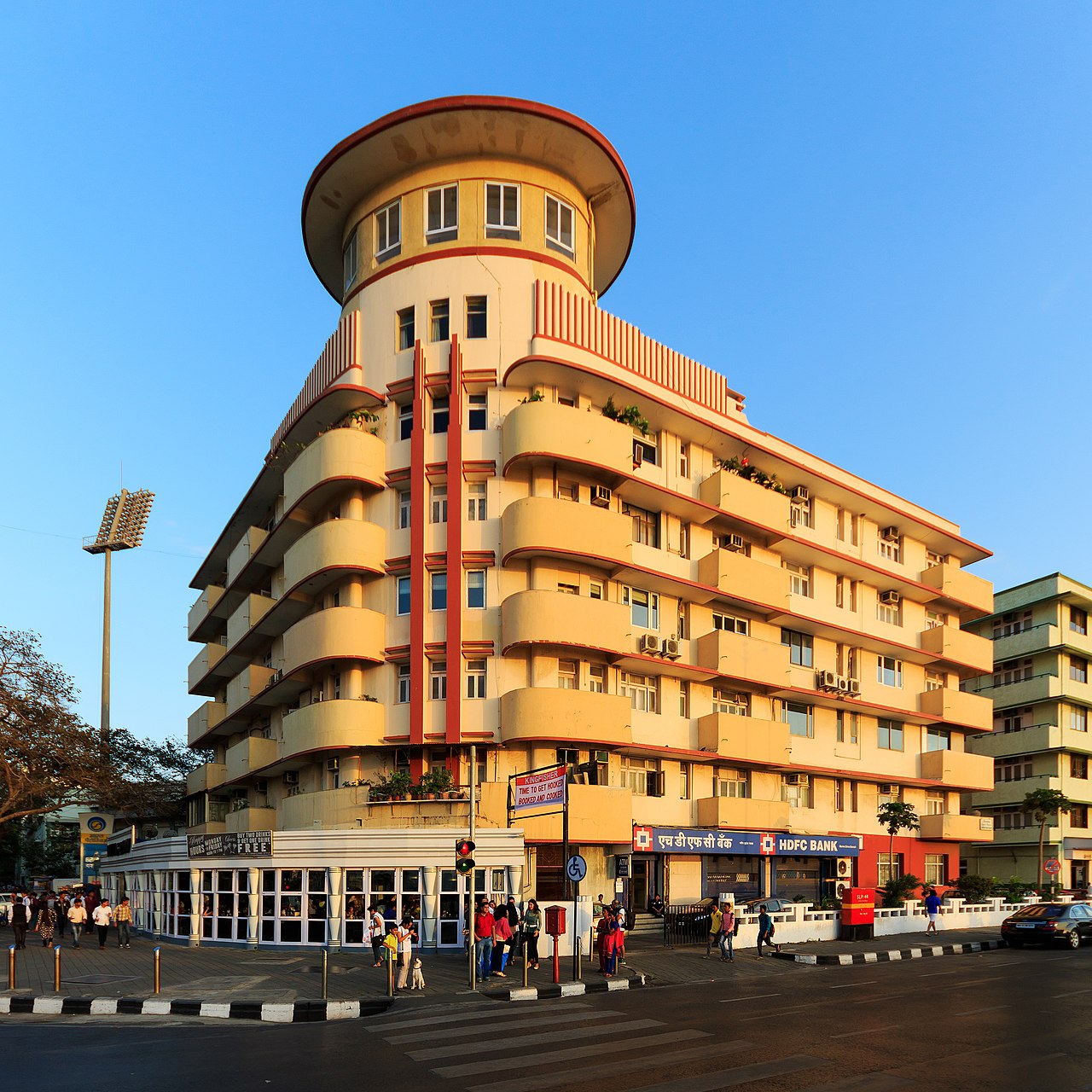 After India’s independence and in an effort to set up a new capital of the state of Punjab after the devastation of the Partition, India's first prime minister Jawaharlal Nehru commissioned the design of a new and modern city. The original designers were American architect Albert Mayer and his design-partner Matthew Nowicki. But after the death of Nowicki, the Swiss architect Le Corbusier was hired to take over the project. The urban design is a superblock-based city (each superblock is self-sustained with its own pod of commercial services) interspersed with green spaces which with an emphasis on cellular neighborhoods and traffic segregation. Le Corbusier designed many administration buildings, including the High Court, the Palace of Assembly, and the Secretariat Building and the Capitol Complex (see image above) which play a huge role in modern Indian culture and tradition.

This iconic Indian temple in the city of Amritsar is the preeminent spiritual site of Sikhism. The temple has been rebuilt multiple times after being destroyed by the Mughal and Afghan armies. Its final iteration was built in 1809 in marble and copper and the main sanctum was overlaid with gold leaf- hence the name ‘Golden Temple'. The temple complex is open at all times for worshippers and visitors alike. As one walks into the main complex, the shimmering reflection on the artificial lake that surrounds the sanctum is the first thing one sees. The vast complex houses administrative offices, other sanctums as well as a massive community-run kitchen (or langar) that feeds thousands of people for free day and night regardless of faith, gender or economic background. 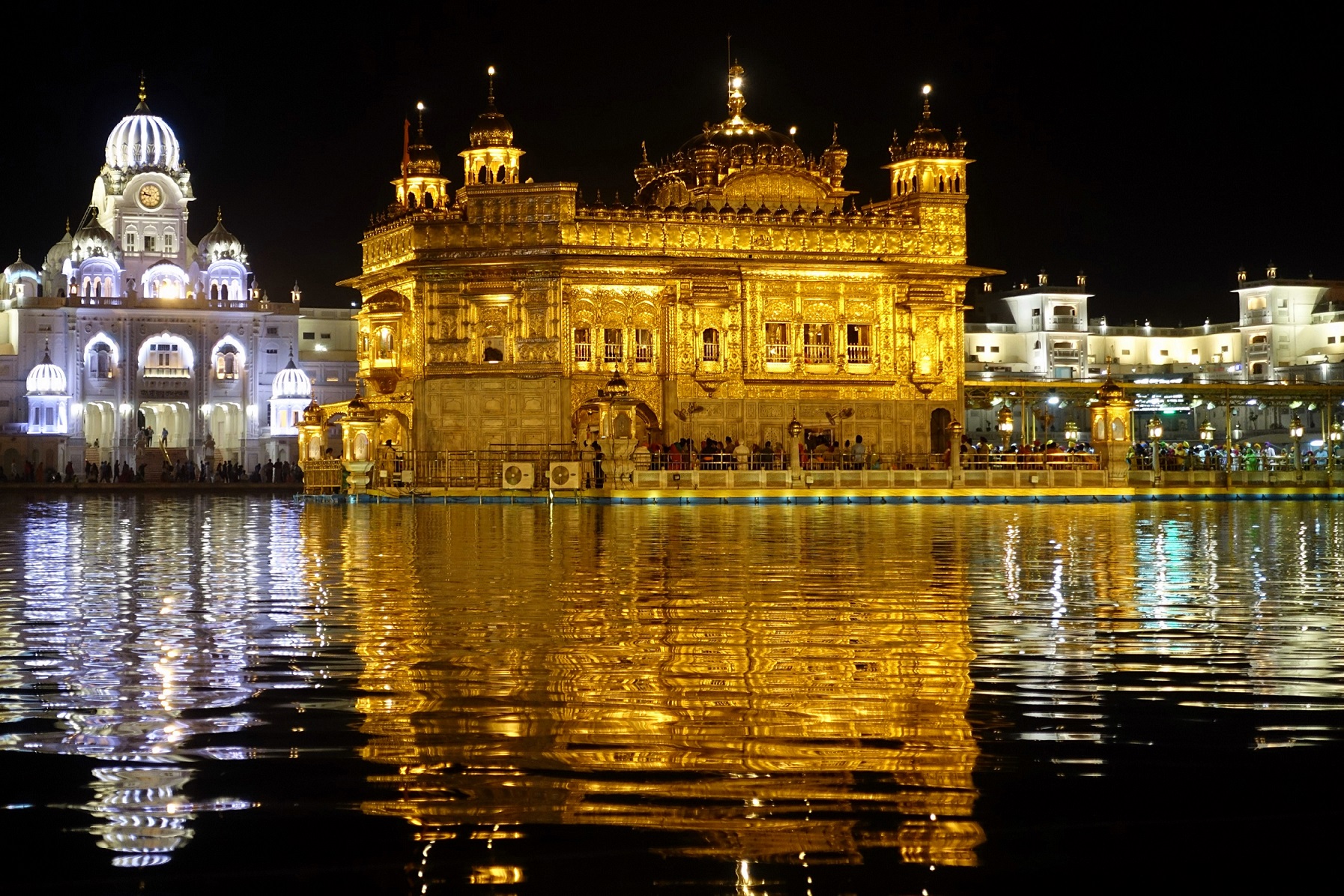 Located in India’s southern state of Karnataka, this is actually a group of monuments that are the remains of a once prosperous empire dating back to the 14th century. It was probably the second largest city in the world back in the day. One can see close to 1,600 surviving remains of the last Hindu kingdom in South India including forts, riverside features, royal and sacred complexes, temples, shrines, halls, and water and memorial structures. For people that visit Hampi (a UNESCO World Heritage Site), some of the important features are the Virupaksha and Vithala Temples as well as the Lotus Mahal- a two story pavilion. The intricate designs display the beauty of Indian tradition and are indicative of the wealthy sponsors who probably commissioned them. 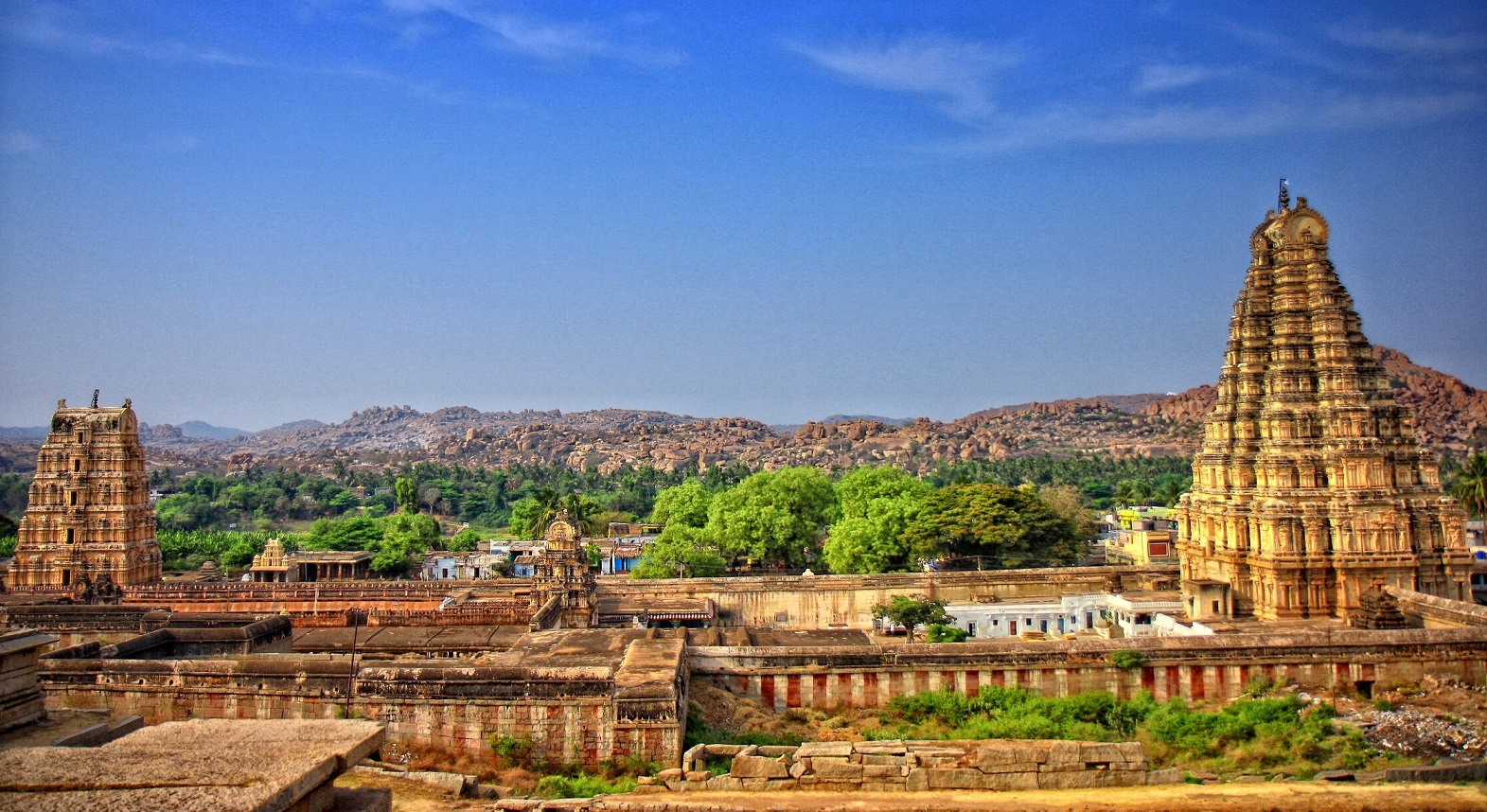 An extension of the Royal Palace of Jaipur, Hawa Mahal (or Palace of Breeze) was built to allow the Rajput royal ladies to observe the ongoings without being seen. The Purdah system was strictly followed whereby the Rajput royal ladies could not be seen by strangers or appear in any public area. The construction of the Hawa Mahal allowed the royal ladies to enjoy every day street scenes and royal processions on the street in the privacy of the Hawa Mahal. Exhibiting Rajput and Mughal architectural styles the Hawa Mahal has 953 windows on the outside walls. The honeycomb shaped and beautifully carved windows allow the breeze to blow through the palace and make it a perfect summer palace of India. Built in 1799, this palace is an iconic feature of Jaipur and recognized world over. It is said that this five story structure has no foundation thanks to its curvilinear shape. Book our Tigers and Kings Tour to visit Jaipur. 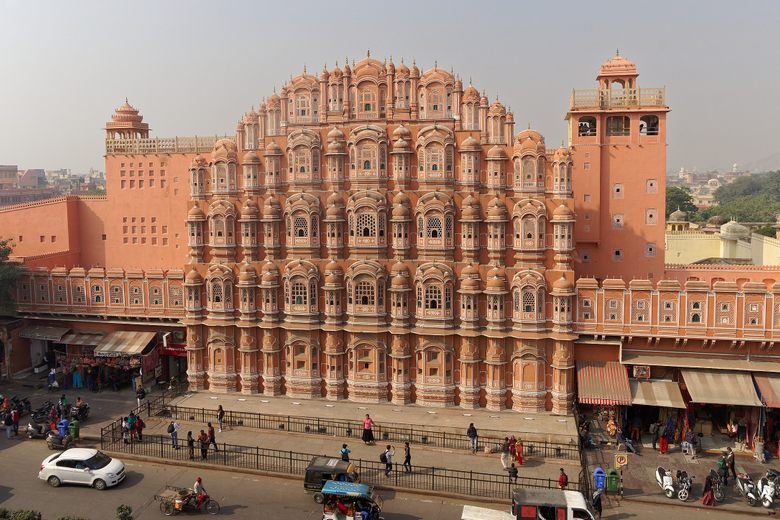